It can be said that I started working with Delphi before it was Delphi. I studied Pascal in college and used Turbo Pascal in my first major programming job. It soon turned to Borland Pascal and when Windows 3 started getting popular, looked briefly at OWL but quickly embraced Delphi, Borland's successor on Windows to their highly successful Pascal compiler on DOS.

The applications I've written include an educational management system, embedded report generators, DLLs, COM servers, automated database integrations, small hobby projects, and complete business management systems. I've also worked in healthcare, including the complex business of medical bill repricing in one case and writing data acquisition programs for human subjects at a local research hospital in another. Retail has comprised the largest chunk of my Delphi experience over the last decade, writing plugins with Delphi 5 and Delphi 10.2 Tokyo, unattended synchronizations in Delphi XE2 and Delphi 10 Seattle, and most recently, cross-platform apps with Delphi 10.4 Sydney.

In the last few years, the company producing Delphi saw the mobile operating systems market explode and, using FireMonkey, they have enabled Delphi developers to write applications targeting iOS and Android devices. In fact, I wrote a book about it to take someone like myself, who only had experience on DOS and Windows, and teach them how to embraces this new world with a programming tool we already know and love. It shows how to write Delphi apps that run on Mac OS, iPhones and iPads, Android, how to talk to Bluetooth and IoT devices, how to write web servers for both Windows and Linux, and even how to put your app on a Raspberry Pi!

Another diversion away from Delphi but still utilizing the Pascal language has been to the Linux side of things. Several years ago, Borland tried to enter the Linux market with a product they called Kylix, but it was abandoned after three versions. However, a devout group of people have been slowly building and improving a completely open source Pascal compiler called Free Pascal that I have used to build a web application that provides software registration for a commercially sold insurance management system. An IDE called Lazarus is very similar to Delphi 7 and I was able to be productive very quickly.

Since 2000, I've been the coordinator of the Oregon Delphi User Group that meets in the Portland area. Even as Delphi has become less of a key player in the programming world, the group has survived and continues meeting on a fairly regular basis, facilitating continued support and camaraderie around the stable and continually evolving development tool.

I still love and use various versions of Delphi to support products old and new.
Long Live Delphi! 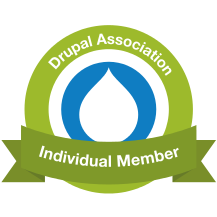